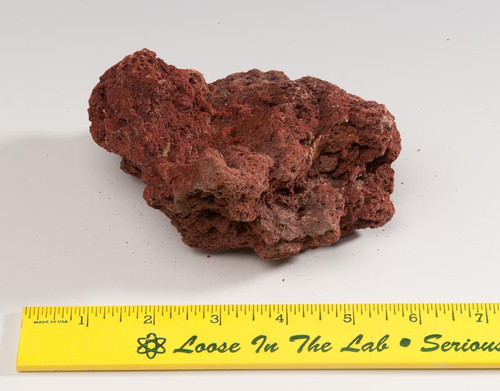 Basalt is the most common of all the volcanic rocks found on earth and is typically formed when hot magma oozes through an opening in the crust. Cinders, called aa (ah ah in Hawaii) are a frothy version of basalt. Once outside, the hot lava cools very quickly as it comes into contact with either the air or ocean water. This rapid cooling prevents minerals from growing large enough to form crystals that can be seen without magnification, which explains why your specimen appears to be a single, uniform dark gray color. This rock is from Southern Idaho