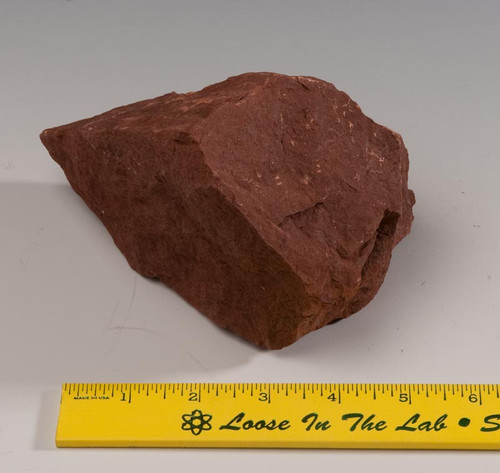 These dark red samples, colored by the oxidized iron mixed in with the sand, were collected in Utah and were deposited in a relatively dry environment during the time that the dinosaurs roamed the earth. Sandstone gets its name because it is composed of particles that can be anywhere from 2 mm down to 1/16 mm in diameter. It can be formed in a number of ways. It may have been piled up by the action of waves or wind along ancient shorelines, or deposited by streams and rivers. In either case, once the sand was deposited, it was pressed into a hard rock by sand or sediment that was later deposited on top of it.