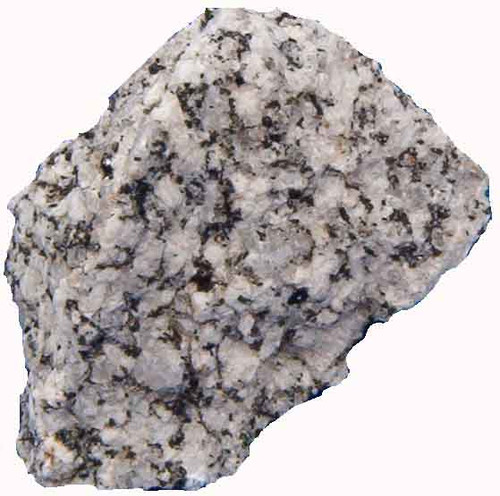 Quartz monzonite is an intrusive igneous rock collected just outside Salt Lake City in Little Cottonwood Canyon. Geologists believe this rock forms when tectonic plates move and collide into one another. As they do they get cracks. The magma that was trapped under the surface of the plate now has an opening and it oozes up toward the surface. If the magma gets all the way to the surface, it erupts and a volcano is formed.