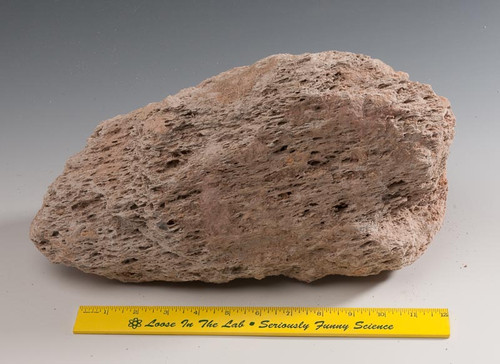 This pumice comes from Central Oregon, is cream colored with occasional pink tints and is very light and holey. When the magma formed deep underground, a lot of water got mixed into the melt. As this water- rich lava erupted from the vent, the water boiled and turned to steam, producing zillions of small gas holes in the rapidly cooling rock. The boiling water also mangled the texture of the rock, whipping it into a frothy hot liquid. As the steam escaped, it pushed and expanded the cooling lava so it became light enough to float on water.