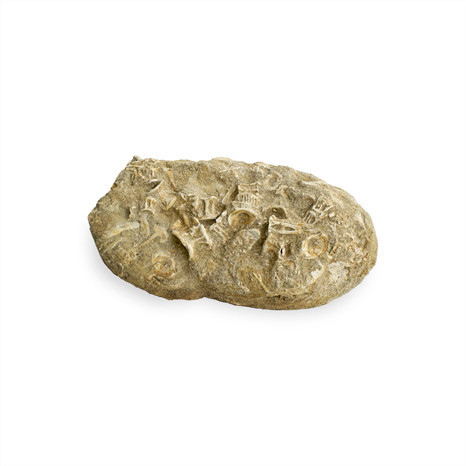 Enchodus (pronounced en • cho • duss) is an extinct genus of bony fish that lived in North Africa roughly 65 million years ago during the Cretaceous Period. They were small to medium in size. One of the genus’ most notable characteristics is the large teeth protruding from the front of the upper and lower jaws. The pointy, buck-toothed appearance gave rise to a commonly used nickname among fossil hunters: “the saber-toothed herring”. These fish are found in the Maastrichtian Formation in Morocco and are great for young paleontologists.