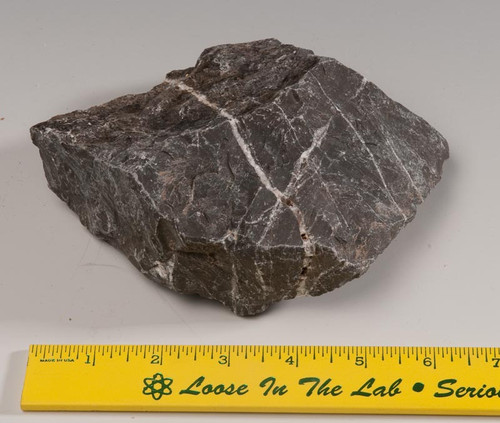 This is a dark gray, almost black rock collected in Utah. The term “dolomite” refers to both a mineral and a rock, which is composed primarily of the same mineral. Most dolomite rock is believed to have been deposited originally as limestone (calcium carbonate) and then slowly changed to dolomite as magnesium-rich groundwater replaced the calcium with magnesium.