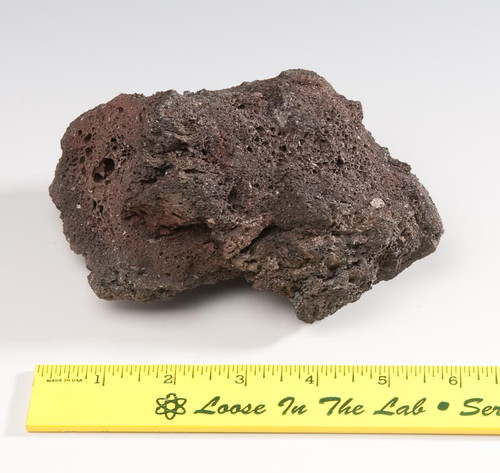 Basalt is the most common of all the volcanic rocks found on earth and is typically formed when hot magma oozes through an opening in the crust. Cinders, called aa (ah ah in Hawaii) are a frothy version of basalt. The fact that they are black means that the major mineral in basalt, iron, did not have a chance to oxidize (rust). However, the melt (lava in the vent) was held at a very high temperature before it erupted. This allowed the chemicals in the melt to separate, forming a metallic layer at the top of the melt. As the lava erupted it was coated with this metallic layer.