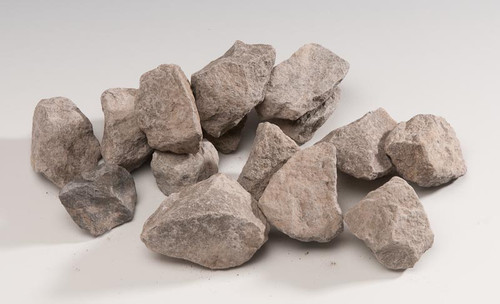 Andesite, a light blue rock with black and white speckles that is a mixture of rocks from the two plates. These specimens come from the flank of Mt. Hood in Northern Oregon. It is named for the Andes Mountain in South America, is found in volcanic mountains all along the Ring of Fire. It is produced when two tectonic plates collide with one another. When an ocean plate bumps into a continental plate something has to give. The ocean plate usually gets crammed underneath the land plate and starts to melt as it goes inside the earth.